Taking your drinks brand on the road is thirsty work, but ultimately, hugely beneficial.

The beverage industry is a rich and highly competitive one, with endless marketing possibilities, due to the product’s almost universal appeal and wealth of variety. With so many brands of soft and alcoholic drinks on the market, it is essential to employ innovative new marketing strategies, making your product stand out from the rest and imbuing it with personality.

Due to the consumer’s familiarity with so many drinks products, it’s essential to constantly adapt and reinvent your campaign approach above simple brand placement and promotional distribution.

1. ‘The World’s Most Intimate Martini Bar'

Martini in collaboration with Grey Goose vodka organised an experiential campaign that provided consumers with a unique experience, which saw them set up ‘The World’s Most Intimate Martini Bar’. The bar was comfortably housed in a beautifully-designed cammionette and featured an expert mixologist to serve the lucky guests who were invited in.

Once seated inside, the resident mixologist prepared each visitor a Grey Goose Martini fully personalised to their own preferences, for ultimate satisfaction. This intimate campaign pushed the idea of face-to-face interaction and each customer left with a copy of their very own recipe to re-create at home. VCMartini wasn’t the only brand attempting to add a touch of class to their promotional campaign, as Veuve Clicquot proved with their ‘Post Office Party’ event, which saw them celebrating the release of its Americana-themed mail box cooler.

The champagne brand brightly decorated a mail truck and stocked it with bottles of Veuve Clicquot Yellow Label for the enjoyment of its visitors. One other ingenious strategy was to provide a bank of postal pigeon holes, where consumers could fill out a letter and send a bottle of champagne to a friend, even extending the campaign’s influence to those who did not attend. 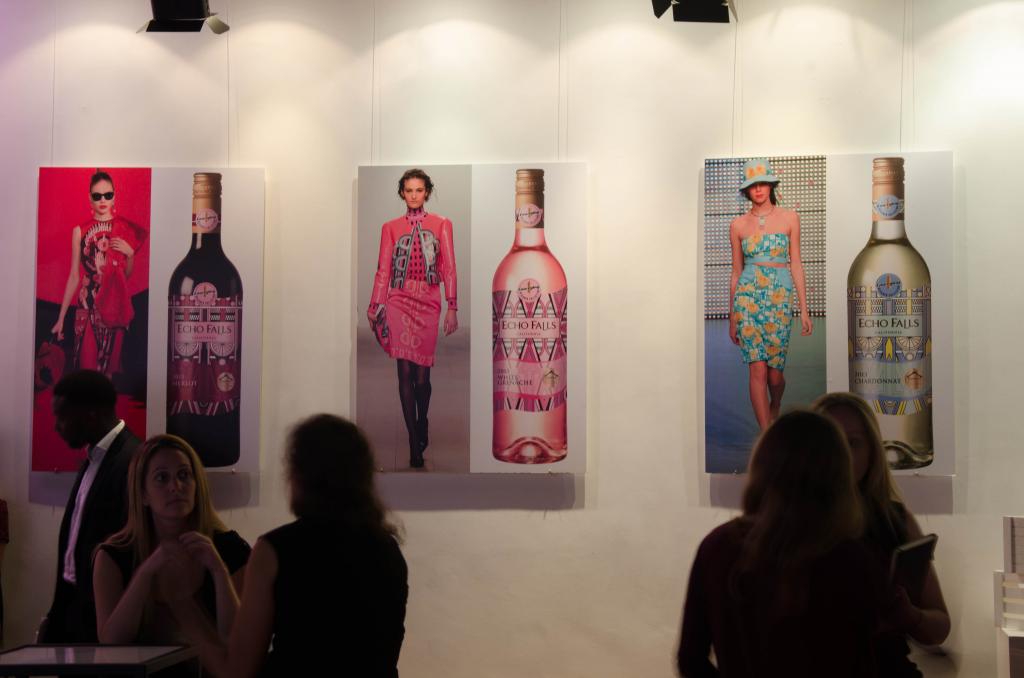 Echo Falls implemented a similar campaign to promote their wine brand with an emphasis on women and spontaneity. They achieved this by constructing a pop-up wine shop located in London’s La Galleria Pall Mall.

The four-hour pop-up primarily targeted its female consumers and celebrated the release of its limited-edition range, in partnership with several other brands. To promote the idea of a ‘girl’s night out’ theme, the event incorporated elements of fashion and cosmetics into a social function, providing consumers with a fun and indulgent experience. The success of the event encouraged the production team, admitting that they would love to tour it nationwide.

Soft drink brands are also getting creative, as in the case of Chilsung Cider, who orchestrated an ambitious experiential campaign in South Korea, called ‘The Magical Wish Vending Machine’. In order to promote their product, Chilsung Cider arranged for a vending machine to be installed in the waiting room of Seoul’s major railway station, Yong-San. Commuters drawn to the vending machine would discover the drinks were priced as ‘Free’ but instead of simply dispensing drinks, pushing the button on the machine would literally revolve the customer, transporting them to another room.

In a highly ingenuitive approach to distributing free samples, customers would discover bottles of Chilsung Cider hanging from the ceiling and be tasked with a 30-second challenge, to grab a bottle via the quirky application of a trampoline. Afterwards, people could then write wishes on their bottle; a select few of which would be granted by the company. Chilsung Cider’s eccentric approach to promotion ran for just 7 days and received over 7,000 participants, guaranteeing a memorably unique experience.

Each of these events and innumerable others push the limits of creative marketing and could only benefit from being taken further, in order to compete with huge, well-known brands. Coca-Cola is perhaps the perfect indicator of the scale of the drinks industry, as probably the most recognisable brand in the world, to the extent where the trucks featured in their famous Christmas advert have become an iconic tradition.

If you would like to take your drinks brand on the road and achieve your own campaign successes, please do get in touch.