Speaking at the World Economic Forum, these were the words of Fahd al Rasheed; managing director and chief executive of King Abdullah Economic City, the world’s first publically listed city.

He was talking about the movement in Saudi Arabia, away from an economy largely based on oil, and towards a service economy driven by the region’s vision for new and evolving ‘mega-cities’. A diverse economy that speaks to the world’s industrial, technological and advanced manufacturing markets (to name a few).

Mega-cities are defined as very large cities, usually with a population of over ten million. But, this doesn’t come close to describing Saudi’s vision for the $500billion mega-city NEOM, announced late last year.

Picture 10,000 square miles of desert: expansive, empty and put quite simply a blank canvas. Then start to fill that with roads, skyscrapers, five-star hotels, pioneering technology and lush green spaces. Add to that people from across the globe armed with big ideas and striving for innovation, change and progress. This is NEOM.

33 times the size of New York City and spanning three countries in its circumference; this visionary, sustainable and idyllic hub is meant not just for the people of Saudi, but for the world.

Driving sustainability in every corner of the city will be smart technology – in fact it’s thought robots may even outnumber humans in the bid to create a fully-automated city. Of the $500billion being pumped into the project, the key investment areas of energy and water, mobility, biotech, digital sciences, advanced manufacturing and media, all point towards a diverse, futuristic and highly efficient world destination.

The plans are wildly ambitious and stretch beyond many of our imaginations, but the potential impact on the global economy, on business in the region and on humanity as whole; could be astronomical.

For businesses established in the region or looking to enter the market for the first time, it is an economical shift worth noting. It represents an opportunity for businesses to get their foot in the door before the plans for NEOM begin to unfold. Especially as the diversification of the economy is already well under way, with millions being poured into developing the infrastructure and technology across Saudi and the Middle East as a whole.

And, some of the world’s biggest brands are already responding with increased activity and presence in the region, as they begin to recognise the incomparable opportunities for growth. Just last month news circulated that giants Apple and Amazon were in talks to invest directly in Saudi Arabia, with data centres and flagship stores potentially lined up for as early as this year. And it will surely be a domino effect, with big names unlikely to want to risk their competitors owning the space in the world’s first truly smart city.

While the world is waiting with bated breath to see if NEOM becomes a reality, it is impossible to deny that Saudi Arabia is a country worth watching; now might just be the perfect time for businesses to take the plunge or up their game in the region. 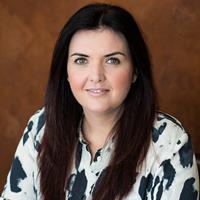