How immersive environments stole the show at MWC15

Last week I attended the 2015 Mobile World Congress in Barcelona, where many of the world’s best-known brands showcased their latest products and shared stories of inspiration and innovation.

This year more than 2,000 exhibitors and around 90,000 delegates came together under one roof, with corporate stands and hospitality spaces giving attendees – many of them C-level executives – a glimpse of exciting new devices and the chance to get their hands on the latest technology.

One thing I found particularly interesting this year was the number of exhibitors choosing to use immersive environments to share their narrative around the trends and technologies destined to influence the mobile landscape.

Many brands will have gone to great lengths and expense to be part of the show, only to focus all of their energy on taking the audience away and into enclosed or virtual environments.

Standing out from the crowd

With so many exhibitors in one place, brands have to do everything they can to create an experience that will grab attention and pull in the crowds.

GoPro for example, had a cable car as a meeting room and used it to provide visitors with a unique and personal experience. Meanwhile, SK Telecom and many others used Oculus Rift VR headsets to transport people into a virtual world, immersing them in a unique and memorable experience. 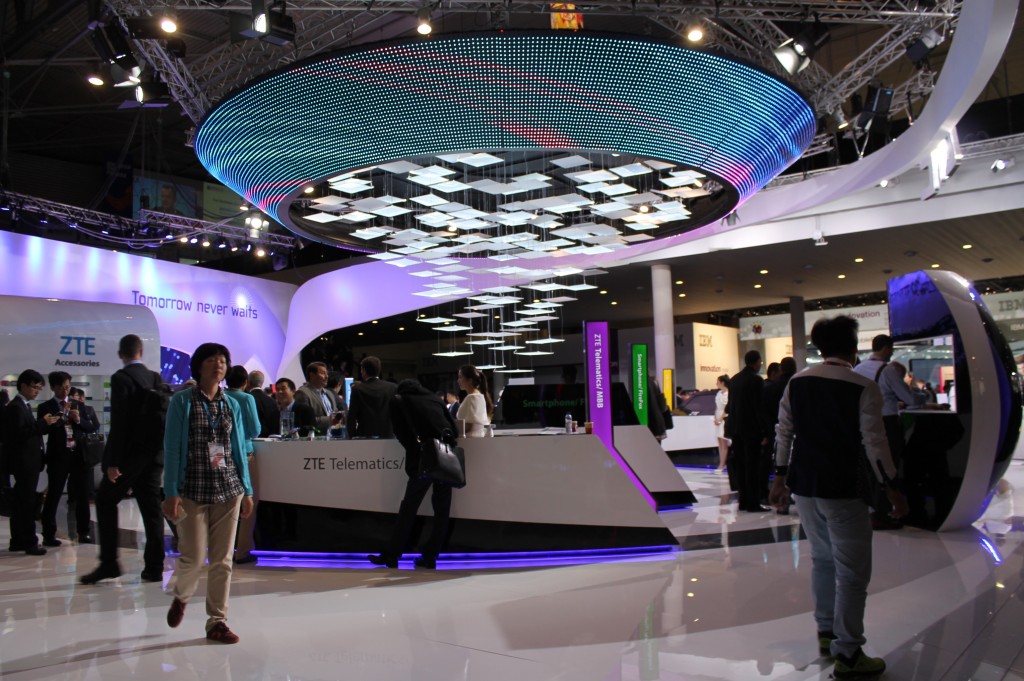 Sometimes being brave enough to try a slightly different approach can pay dividends and I was impressed with the way Android created buzz and excitement without a traditional exhibition space, using two Android ‘Lollipop-ups’ that allowed visitors to engage through a mobile application.

Microsoft Mobile was equally impressive with its exhibit and cultivated a forward-thinking and fun atmosphere. Dancing staff and DJs helped lift the whole exhibition and the positivity was infectious, catching attention and putting a smile on the face of everyone around.

It was Ericsson that really stole the show for me with a virtual reality headset allowing delegates to control a real excavator, sitting on a building site more than 1,500 miles away in Sweden.

The brand also created a sense of exclusivity by coordinating some ‘by invitation only’ events. From the branding right down to the coffee, everything had been meticulously planned and the result was a fantastic space that was entertaining and authentic, leaving a positive and lasting impression at every touchpoint.

Social media has become such an integral part of the mobile industry that it came as no surprise that the hashtag #MWC15 dominated Twitter throughout the four-day event.

In 2014, over 500,000 mentions were recorded and the #MWC14 trended globally for over 30 hours, so I’d be amazed if the official figures this year are not higher, given the emphasis almost every brand placed on providing sharable content.

There were stands where you could have a virtual reality picture taken with Barcelona star Lionel Messi, and others where your own 360-degree picture was stitched together with an iconic background to create an upside down panoramic image. 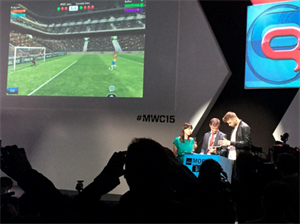 The Broadcast Village also returned this year with major media companies like the BBC, CNN and CNBC conducting live recordings, adding to the global reach of the whole event and ensuring it dictated the media agenda.

Speaking to some of the leading tech companies at the event, there were three key themes that emerged consistently as reasons for attending year-on-year and supporting that presence with significant marketing budgets. They were:

Having such a high concentration of C-level executives, business owners, managers, VPs and directors all under one roof is quite unique – in this day and age it’s an enormous challenge to attract an audience of that calibre.

And if ROI is defined merely by the opportunity to generate new contacts and build relationships with startups, investors, corporations and the media, then every exhibitor was a winner this year.

I personally believe the growing popularity of MWC means that brands are facing more of a challenge to get their stories across against a backdrop of increasing competition.

The mobile industry’s flagship exhibition continues to go from strength–to–strength, but I think the real winners from 2015 will be those that didn’t just rely on the strength of their brand name.

The companies that fully engaged people in the message they wanted to deliver this year were those providing immersive environments and I think they are the ones that embraced the true value an event like this can offer.