Demand for Offline Experiences from the Online World

With live eSports events proving more popular than ever, EMS CEO Keith Austin explores where this rapidly emerging global market is headed next.

Gaming is no longer the anti-social pastime it once was. Instead of playing or watching games at home – alone or in small groups – fans are coming together in their thousands for real-life celebrations of digital gaming experiences. Almost by the day, gaming-related conventions and competitive eSports tournaments are popping up in major cities all over the world.

For those unfamiliar, eSports involves the world’s top gamers playing competitively against another individual or team. Games with the biggest following or player base attract the most attention, with some matches and tournaments bringing in millions of online viewers and thousands of attendees to arenas across the world. In the UK, Wembley’s SSE Arena is now an established eSports venue, whilst Twickenham Stadium, home to England’s national rugby teams, is going down a similar avenue with the opening of a dedicated eSports suite.

As revealed by events management and ticketing website Eventbrite, fans are demanding more events, more often and in more locations. In fact, a key problem for many attendees of these events has been their location – with 40% of ticket-buyers stating they want to see more live events outside of major cities. This presents a huge opportunity for gaming studios, brands or eSports associations to meet demand with a more accessible format. 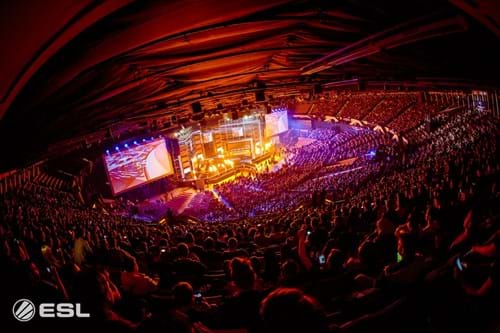 To put the potential of this relatively untapped market into context, you need only take the most highly attended eSports event of all-time – IEM Katowice 2019. This event saw multiple competitive tournaments take place over the course of two weekends, with over 174,000 fans packed into Poland’s Spodek Arena. While this is an impressive number, an astonishing further 230 million fans tuned in to the action online. This means that of the total audience, only 0.1% were physically inside the arena. It begs the question: could even more of those fans have been engaged through a live experience?

Traditionally we’ve seen these events isolated to arenas and online live-streams, but who’s to say a more ambitious approach couldn’t open a whole host of new opportunities. Imagine an eSports event that simultaneously took place at locations across the globe. Suddenly we’re talking about an eSports gathering in the millions instead of the thousands, and it’s by no means beyond the realms of possibility.

If we look beyond live screening, there are new and exciting ways we can engage this audience. Revealed by Eventbrite in the same report, fans want access to exclusive products and experiences, so why not provide virtual merchandise stores or meet-and-greets with game developers and eSports stars? Community is another key demand, so why not create mobile fan zones for attendees to compete against one another, or Q&A sessions where fans can gain direct insight into upcoming products?

Whilst the current growth rate of the industry may be enough for some, the real opportunity lies with the remaining 99.9%. eSports fans truly want to socialise and interact with people who share their interests, forging new friendships along the way. It is now up to those at the forefront of the industry to diversify these experiences and bring them closer to fans – capitalising on a phenomenon that shows no sign of slowing down.