Event Marketing Solutions (EMS) is launching the third government Student Finance campaign after attracting a record number of students and parents to the last tour - 226,919 people attended over five months, marking a 41% participation increase on the previous year.

The Student Finance Tour will visit schools and colleges throughout England, on behalf of the Department for Business, Innovation and Skills (BIS). The tour will educate pupils and parents about the financial support available for going to university.

Between June and November 2013 forty presenters will manage 280 parent and 2,050 student events, and for the first time there will be additional sessions dedicated to part-time and mature students. A series of field presenter recruitment days are currently underway. 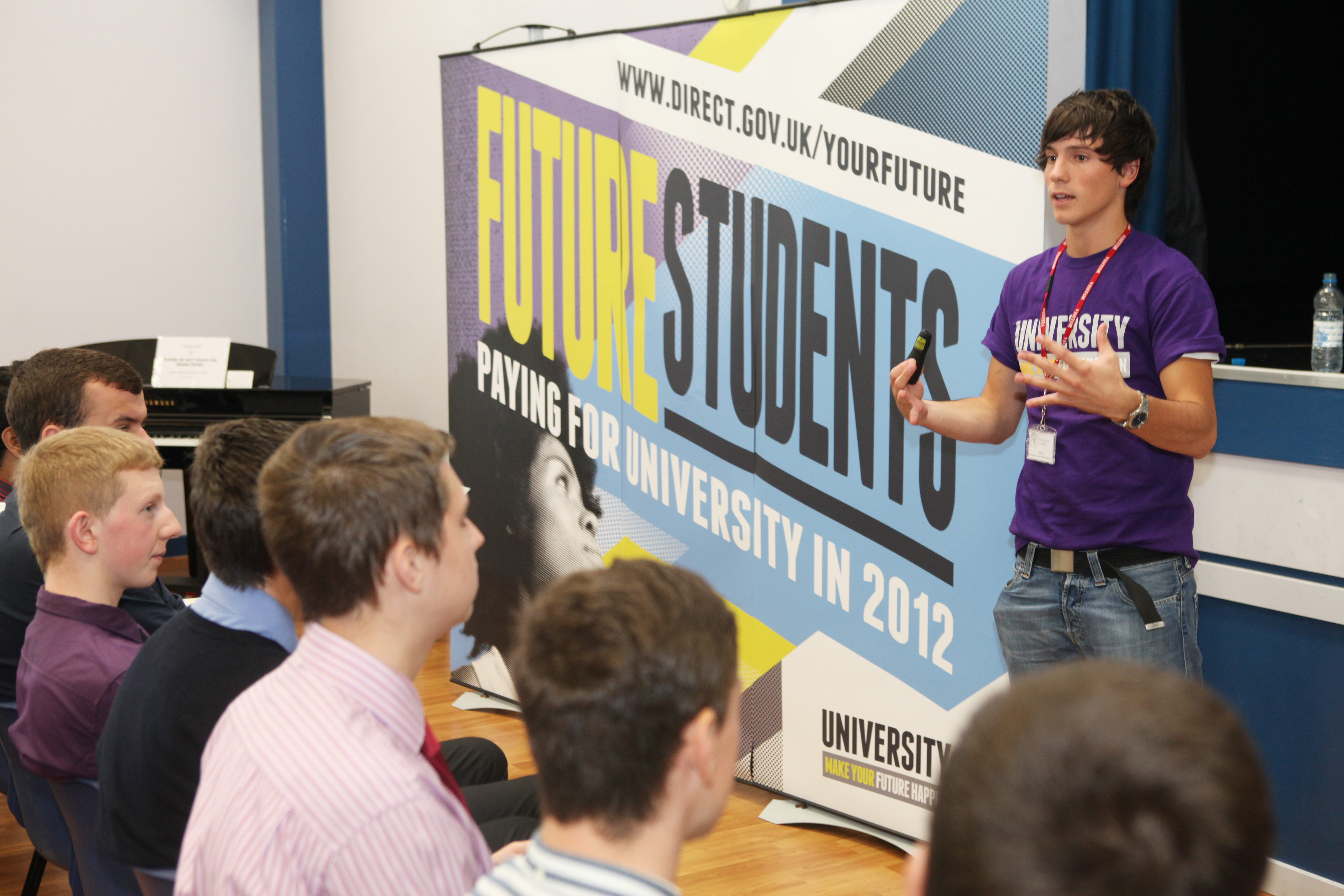 The tour builds on previous success - EMS won the contract for the second Student Finance campaign, which started in September 2012, recruiting and training 27 presenters who were equipped with a toolkit to enable independent campaign delivery. EMS developed a bespoke database to manage the logistically intense schedule, introduced a buddy system with experienced presenters returning to mentor new recruits and adapted campaign materials to reflect a BIS rebrand.

EMS delivered a record 3,075 events, with a massive 178% increase in parent participation and student attendance was up by more than a third compared to the previous year. Campaign engagement was also at an all time high, with student awareness of financial support after the event up by 47% and parent awareness rising by more than a third. Ninety eight per cent of parents reported that they found the events helpful and the same proportion of teachers said that without the tour they would have found it difficult to communicate the issues raised.

EMS delivered the first Student Finance Campaign in September 2011. Since then, it has recruited and trained more than 60 presenters and run 5,710 events, reaching 387,337 people.

EMS CEO Keith Austin said: “Parent, student and teacher surveys as well as insight from the field in the first tour shaped our strategy for 2012. This campaign has proved to be bigger, longer and more impactful, engaging a wider age group. The results speak for themselves; we have exceeded targets and are delighted with the outcome. Insight from this campaign will now be used to better engage audiences in the third tour.

“I cannot praise the Student Finance team enough for the commitment and passion that they’ve shown out on the frontline. They’ve worked flexibly, running day or evening sessions as required, expertly connecting with audiences whether they’re in large auditoriums or more intimate venues.”